How This Entrepreneur Supports Black-Owned Businesses With Her Banking Strategy 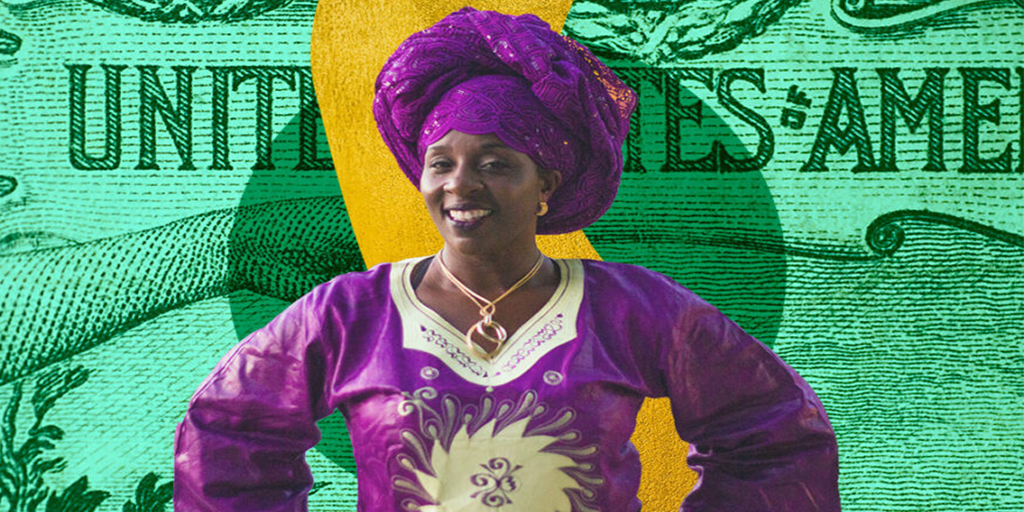 A large bank with national presence and advanced technology may seem like the perfect financial fit for Dr. Adama Jackson, an entrepreneur and recent transplant to a new city.

But she has bigger goals.

Jackson keeps a significant portion of her personal savings with a Black-owned bank. It’s less convenient for her, but she views the move as a show of support for her community and an investment toward closing the racial wealth gap.

Those remaining rely on business from customers like Jackson to provide resources to local communities — from financial literacy courses to much-needed access to financial products.

“I wanted to just put my money in a community-based place,” she says.

Here’s why Jackson chooses Black-owned banks despite some limitations, and how she balances necessary conveniences with community support.

Jackson, 50, was committed to supporting Black-owned banks she saw doing good within her community.

She had long been familiar with these institutions through church-run and neighborhood banks, but it was only recently that she found a deeper meaning in supporting Black-owned businesses and banks.

While building a local dance company business, Jackson began looking for more ways to uplift Black Americans in her native Cleveland. She followed community news and turned to social media for more resources. There, Jackson became interested in Killer Mike, the rapper-turned-online banking pioneer, and his push for more banking products and services tailored to helping Black Americans manage their money.

“Someone from the hip hop community speaking that language” was inspiring, says Jackson.

So she decided to open both a checking and savings account with OneUnited Bank, a Black-owned bank with branch locations in Cleveland.

Even after opening the new accounts, Jackson hesitated to move all her money out of the convenient national bank she had before. So she used the new bank for her personal checking and savings needs, and kept her existing business account with Chase for business (along with a few smaller accounts with local credit unions).

At the time, Jackson says the bank didn’t have online banking or 24/7 customer service. As an entrepreneur, she needed to pay vendors, check her accounts regularly, and deposit and transfer money easily online without worries. The lack of online or mobile services meant she couldn’t run her day-to-day business operations fully.

Black-owned banks can help bridge financial gaps for Black Americans by providing the education and access necessary to manage money.

But many FDIC- and NCUA-insured minority depository institutions don’t have as many customers or assets as major national banks. Often, that means these banks lack the funding for technology and services that larger financial institutions have — such as mobile apps and online banking with top-of-the-line features and design.

The more customers who, like Jackson, open accounts and deposit money, the more leverage Black-led and -owned banks may have to offer more services and updated tools, such as mobile-first banking, financial literacy classes, and high-yield savings accounts to the communities they support.

From her own experience, Jackson believes these more advanced features are critical for helping Black-owned and Black-led banks meet their communities’ needs. “We, as a community, have not had access to financial literacy,” she says. “We need the industry-standard tools.”

“Part of it is being supportive to drive viability,” Wole Coaxum, founder and CEO of MoCaFi, a Black-led online bank, previously told NextAdvisor.

Opening an account, like Jackson did, can help Black-owned banks stay in business and provide more services and products. You don’t have to put all of your money in one bank to help bridge the financial gap that minorities face.

“You don’t have to change your behavior or anything. But in your day-to-day behavior, you’re serving and supporting businesses and supporting communities,” says Coaxum.

For her own business, Jackson says she needed “access and accessibility. Can I deposit money anywhere? Can I reach a person if I need to?”

It became even more difficult to sacrifice the convenience of a large bank when she left Cleveland and moved to Los Angeles. However, Jackson kept her OneUnited account open as an ongoing show of support, and because she didn’t initially find other Black-owned banks in her new city.

Today, Jackson has found balance between her financial needs and her personal goal to support Black-owned businesses and community.

Like many people, she has several bank accounts for different types of banking. That includes both the OneUnited accounts for personal banking — “It’s money that I’m not necessarily going to need to access,” she says — and her Chase business account for more timely transactions.

The fees from separate accounts can add up quickly. Chase charges fees for excessive transactions and monthly service, but Jackson doesn’t mind as long as she can easily manage her business’ finances. “I’m constantly running money through it. So that’s just something I had to deal with,” she says. OneUnited also charges some monthly fees, but she meets the minimum balance required to waive them.

Looking to the Future

For now, Jackson plans to keep both the Chase and OneUnited bank accounts, but she acknowledges that it’s not the perfect solution. Hopefully, something better comes along: she’s currently looking forward to a new online platform, backed by Killer Mike, which she hopes will offer more of the features she needs to handle her personal finances on-the-go.

Until then, Jackson will keep putting her money where her values are, even it’s it a little less convenient.

This article first appeared on Time.com